It’s that time of year again: experts from all industries are taking out their respective crystal balls to foresee what major shifts might befall their businesses in the year ahead. And the fintech world is no different.

Just looking at some of the major shakeups that came to fruition for fintech in 2019, from the launch of the Apple card to the Federal Reserve’s announcement that it intends to bring its own real-time payments rail to market by 2024, there’s so much that 2020 can hold.

As in years past, I like to temper my predictions with realistic expectations. (Why claim we’ll all go cashless in the next 12 months when it’s not yet possible?) Here are seven realistic predictions for the fintech world, and how it will impact consumers in the year ahead.

We won’t see the end of cash, but we will see the rise of new cashless environments.

Despite that we’ve seen consumers of all ages move towards the use of mobile wallets and person to person (P2P) mobile payments, physical cards and cash aren’t anywhere near extinction.

But we are seeing more specialized environments like stadiums and arenas being intentionally designed to be cash-free. To make sure consumers don’t see this as an annoyance, they’ll provide unique, digital environments and create memorable and innovative user experiences that make spending seamless.

At IFA, Startups Forge Human-Centric Interfaces Between People and Technology

We won’t see ubiquity when it comes to data regulatory laws, but data will be a key tool for banks.

Earlier this year, I described how a new era of data regulation would impact consumers; in 2020, we’ll see that legislation play out. Beginning January 1, the California Consumer Privacy Act (CCPA) comes into effect giving consumers a newfound awareness about who has their data, why—and the right to choose if a business has earned the right use it. Nineteen other states already have similar laws, but we won’t see all states stack hands on one or even a few data laws in the year to come.

At the same time, financial institutions will work feverishly to incorporate data into their strategy as they seek to deepen customer relationships. Financial institutions will use their data and behavioral insights to proactively notify customers about products and loans that are available to them, along with details like the amount and terms of that offer, without requiring the customer to inquire. Banks will use these offers primarily for customer convenience—the most important element in today’s customer experience— instead of simply promoting products that advance the bank’s agenda.

Open banking won’t take over in the U.S. but we will see continued growth overseas. The concept of open banking—a collaborative model that enables two or more players in the market to share data with the goal of providing improved capabilities for financial institutions and their customers— has existed for years internationally. In fact, its use and applicability continues to increase.

Despite this, the U.S. is still about three years behind the growth curve in international markets. It will be some time before open banking becomes commonplace (and even longer until the average consumer knows what open banking is and how it impacts their lives).

You won’t get a small fraud alert, you’ll get a big one.

Fraudsters are moving into the big leagues: online transactions will remain a favorite target of financial fraudsters in 2020, but they’ll become more brazen. Because fraud prevention technology has improved so much in recent years, many fraudsters are getting stopped at their first fraud attempt—and they’re losing patience. Instead of trying a small, low value purchase to see if it’s authorized, they’ll attempt that big-ticket fraud purchase on the first shot.

While consumers touched by fraud will feel more impacted, the side effect will be increased digital engagement between banks and consumers with more frequent, sophisticated and proactive notifications about transaction activity.

Faster payments will keep catching on, but they won’t be dominant just yet.

Instead, real time payments will continue to become more popular in the United States, fueled by increased consumer awareness and use of P2P services like Zelle. People will increasingly use convenient functionalities like bill pay and subscription services, but full-on adoption in the US is still a few years out.

After a tough few years of consolidation and regulatory pressure, community banks will step back into the spotlight. Their biggest advocates? Small to midsize businesses (SMBs) and an increasing number of self-employed gig economy workers.

Community banks have invested heavily in recent years to make sure they’re competitive from a consumer product offering; 2020 will be the year they can use it to build a strong a circular economy between consumers, SMBs and entrepreneurs.

Direct banks won’t be the only ones upping their digital game.

Online only, direct banks have been available to consumers in the United States for several years, but their popularity combined with user demand for sophisticated digital-only experiences will transform how banks engage with customers in 2020 and beyond.

Just as a customer can now order and pay for food from any number of providers on a mobile device and have it delivered to their doorstep, banks will deliver digital experiences that remove friction for the customer. Expect to see an increasing number of financial institutions push traditionally cumbersome parts of the banking process, like the process of arriving at financing decisions, paperwork and disclosures to the back end, and deliver them in a format that puts the least amount of burden on the customer. The result? An intuitive banking experience that’s as easy for the customer as pushing a button on a mobile device to order and pay for groceries. 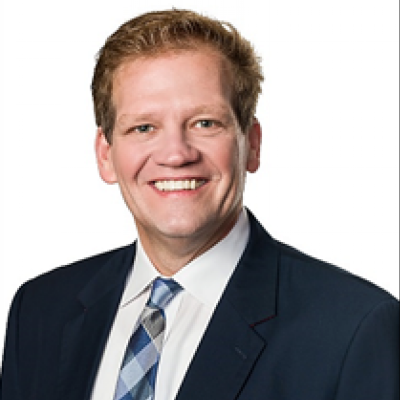 Bob Legters
I am chief data officer of a $5.1 billion-dollar banking and payments division of FIS, an industry-leading financial technology services company. Working with FIS for 18 years, I oversee our data strategy as well as our artificial intelligence approach for products and solutions. In my role, I strive to understand and respond to the market needs of commercial banks of all sizes, as well as credit unions and non-financial institutions and their customers. I combine my view of current and coming trends in the banking and payments industry with a strong solutions-based approach for clients in multiple geographies around the world. Whether assessing client needs and providing guidance, or forming new business alliances and collaborations, I look for opportunities to bridge the gap between the insights and strategic perspectives necessary to ensure our client’s success.
https://www.forbes.com/sites/boblegters/2019/12/16/7-realistic-predictions-for-how-banking-will-look-in-2020/#13eb2da978d0

Commercial banks in South Korea plan to formally launch an open banking service later this month, in a move to boost convenience and lower transaction costs for their customers, the country’s financial watchdog said Sunday.The service, which enables bank customers to use virtually all banking services of any bank here with just one smartphone application, […]

Struggling with the economic impact of Covid-19, American online small business lender Kabbage is furloughing a “significant number” of its 500-strong US team and closing down its Bangalore office, according to TechCrunch. In a memo sent to staff and seen by TechCrunch, CEO Rob Frohwein says: “The economic fallout of this virus has rattled the small […]