YOU NOW HAVE a lot more control over your financial data, you might just not know it yet.

Over the past couple of years, banks have finally opened up their data war chests to third party developers – a move driven by changes in regulation. As 2020 dawns, the fruit of that labour will emerge with increasing competition, and opportunity, in the way the public engages with financial services.

Open banking is a broad term in financial services that describes the opening up of data at banks and financial institutions for trusted third parties (TTPs) or outside developers.

Practically, this means that you can now bring together data from different accounts and institutions under one app – and it doesn’t have to be a bank’s. The move to open banking levels the playing field for fintech upstarts as banks can’t horde the data, giving them a chance to pitch a plethora of alternative products.

The onus is on banks to embrace fintech by developing their own offering and partnering with others.

“The fintech industry is moving quite quickly and you’re going to have all these other service providers starting to access (APIs). I don’t think it’s time to take the foot off the pedal,” Sinead Ovenden, a partner at PwC, said.

As the industry changes, a wave of fintech companies have emerged jostling for position, particularly those who will sit between the banks and consumer apps.

Plaid, the US fintech startup valued at $2.65 billion, launched its services in Ireland last month, while Sweden’s Tink, which describes itself as the “rails and brains of open banking”, is also working with an Irish bank.

Open banking is typically defined by an API (application programming interface) that allows controlled access for the likes of fintech startups to build apps and services using a bank’s data.

In Europe, this has been driven by legislation that aims to give consumers more control over their financial data and how it can be used.

PSD2, or the second payment services directive, is an EU directive that aims to open up banks’ previously locked down troves of data as well as bolster the security requirements of online payment services.

One practical use case is ‘account aggregation’ where information from various accounts – with the permission of the user – can be brought together in one application.

Consumers don’t have to make use of these services but banks must have the infrastructure up and running and they’ve been dealing with several compliance deadlines over the last number of years in doing so.

In late 2018, AIB launched its first APIs for developers and others have followed suit. 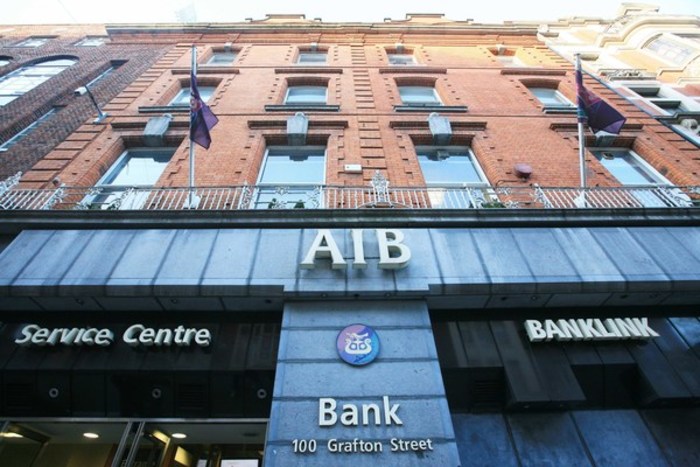 PwC’s Ovenden said 2019 was a hectic year for banks to get compliant but 2020 will be when services start to rear their head in different forms.

PISPs are services that can connect directly to an account to carry out a payment; for example, an online retailer taking a customer’s payment directly rather than using cards.

AISPs are services that access account details to inform other products, such as money management apps or loan applications.

These types of providers need to get regulatory approval to do these actions and have been waiting for banks’ APIs to get up and running. That’s where a lot of change will start to take shape.

“The level of activity on the other side, from the PISPs and AISPs, has been lower than expected and I would expect that to increase significantly,” Ovenden said.

As banks have been busy behind the scenes getting APIs ready, a wave of fintech companies has emerged jostling to be the tech partner of choice in between banks and third parties.

Plaid, valued at $2.65 billion and backed by Visa and Goldman Sachs, launched its services in Ireland last month, as the next step in its gradual European expansion. It develops gateway tools for connecting banks’ data with developers and startups.

The company has signed up AIB, Bank of Ireland and Ulster Bank as its first customers in Ireland.

Keith Grose, who heads up operations in the UK and Ireland, told Fora that the introduction of legislation like PSD2 has driven its business forward with banks but it works on both sides of the coin.

It helps banks make their data available through APIs as well as budding fintech companies connect to them.

“Plaid views itself as a platform so we are neutral. We like to work with all parties,” Grose said.

“The whole goal is to provide new innovators with the tools they need to build great services for users. Innovators can be both your traditional banks and also fintech applications and services,” he said. “I think, ultimately, the competition between the two using services like Plaid will lead to better experiences for end-users. So I think that’s the ultimate winner of this type of relationship.”

In a similar vein is Sweden’s Tink. It too has raised healthy amounts of VC cash, to the tune of $105 million, and counts PayPal among its investors.

The company recently hired Rafael Plantier, who was formerly head of EMEA banking at Stripe, to lead Tink’s UK and Irish business. It has signed up one bank in Ireland so far but did not disclose the name.

“Ireland is EU’s fastest growing economy and has the second highest GDP per capita,” Plantier said.

“It is an amazing base for financial services innovation. Ireland is a safe-haven for US tech firms moving into the European market,” Plantier said.

Tink develops solutions to help open financial data in a compliant and secure way but also applies tech like machine learning to enable better use of data in uses like personal financial management.

“We started by unlocking the access to financial data by reverse engineering the banks’ mobile apps, and enriched and packaged that in a way that end users got a better, and holistic, understanding of their finances in our own PFM (personal financial management) app,” Plantier said.

He added that while Tink began as a way to expand on data use under the tenets of open banking, it has since expanded beyond that remit into developing solutions around mortgages and investments.

The changes instigated by open banking have introduced further regulatory responsibilities on banks and payment services.

Plaid’s Grose said that banks need to put the compliance box-ticking to bed and now focus on how to capitalise on potential opportunities.

“I think banks should be thinking about building in their aggregate accounts and personal financial management and budgeting applications into their existing mobile offerings,” he said.

“They’re starting to see that with institutions across Europe, but I don’t think it’s become widespread.”

PwC’s Ovenden echoed the sentiment. Banks are facing increased competition from the Revoluts of the world and regulation is forcing them to unshackle data they had always guarded dearly.

On the flip side, the evolving landscape can allow banks to work with fintech companies on certain terms.

“If they select an appropriate fintech provider who they trust and they know is secure, they can start to provide services to their clients that they may have not been able to provide before,” she said.